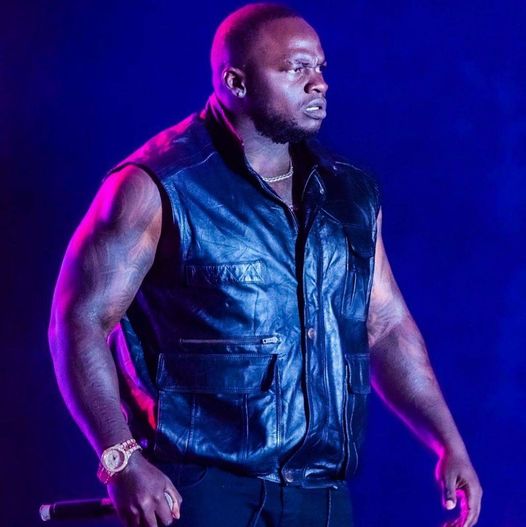 Kenyan popular rapper Brian Ouko Robert popularly known as Khaligraph Jones has been on the forefront of putting the Kenyan hip hop scene on the map of the world.

On Thursday, March 10, 2022, he held a listening session in partnership with Boomplay. The invite-only session was held at The Alchemist in Westlands to promote Invisible Currency, his latest album.

It has been four years since the ‘Yego’ hit maker released an album. The much anticipated work consists of 17 tracks, most of them collaborations. Ateri Dala ft. Prince Indah, I Am On The Move ft. Blackway, Maombi ya Mama ft. Adasa, and Hiroshima ft. Dax are among the songs on the album.

While most of the tracks in Invisible Currency have involved local acts like Scar Mkadinali, Adasa, Mejja, and Kev The Topic, there are international hotshots such as Alikiba (Tanzania), Dax (USA), and Rudeboy (Nigeria).

Khaligraph has demonstrated versatility and diversity in this album, with genres ranging from drill, bongo, R&B, and hip hop.

Vince On The Beat, a popular music producer who worked on 90 percent of the songs in Invisible Currency, said, “involving different genres and sounds shows that we want that diversity and versatility to capture all the demographics.”

There are two gospel songs in invisible currency. While Khaligraph Jones is not a gospel musician, the infusion of the songs pushes the agenda of diversity and versatility.

Asked why he incorporated two gospel songs into Invisible Currency, he said: “Sometimes in your life you feel it is great to thank God for the far he’s brought you to where you have reached.”

“Even when I was doing Sifu Bwana, I was doing it from my heart and not because I was chasing clout.”

This album, according to Khaligraph, is a game changer. Khaligraph Jones is topping Boomplay chats with over 600,000 streams just four days after its release, thanks to its inclusivity and diversity. 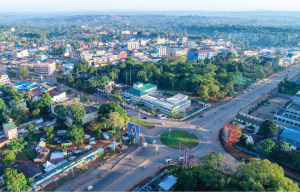 6 days ago
Nabii Nabwera’s wife spoils herself with a Sh7.2m Toyota Land Cruiser to celebrate her birthday Nabii Nabwera’s wife spoils herself with a Sh7.2m Toyota Land Cruiser to celebrate her birthday