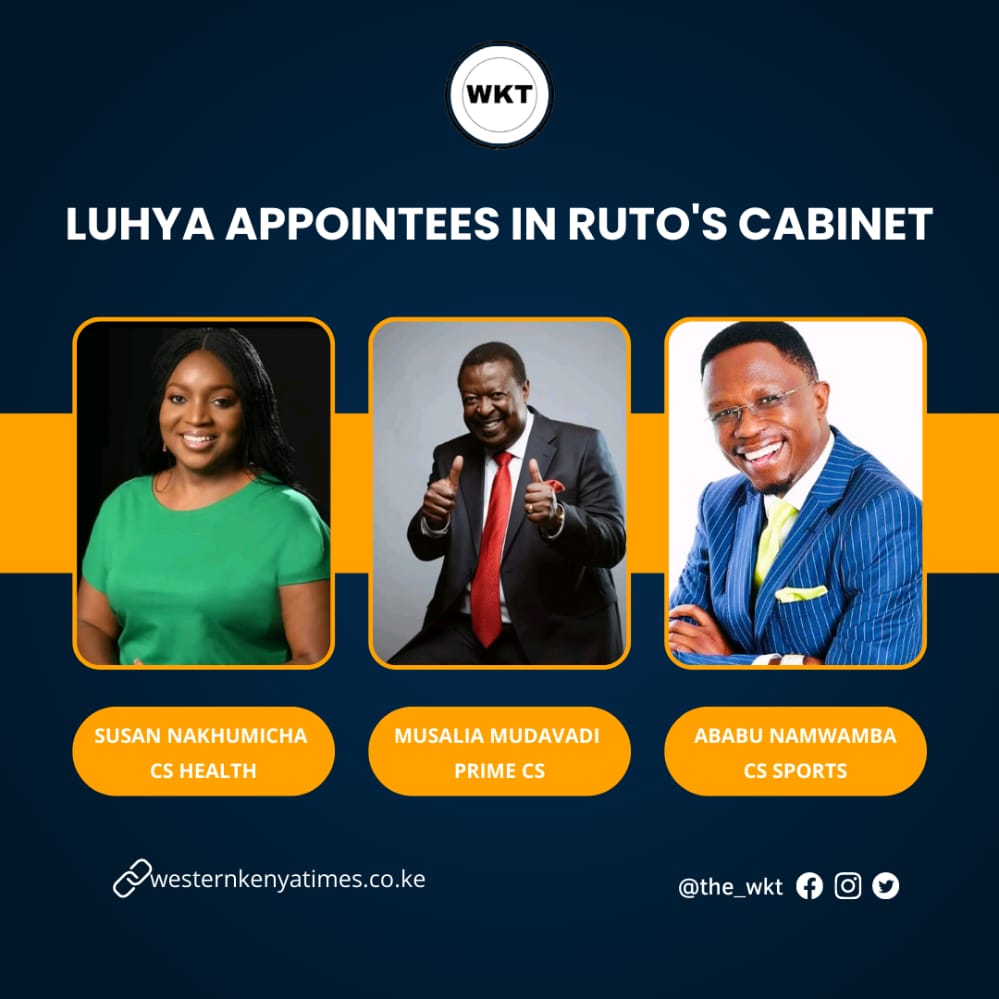 Share this article
The three from the Luhya community have been appointed to be part of Ruto’s Cabinet.

During his announcement today, the President declared that Musalia Mudavadi will take on the new role of the Prime Cabinet Secretary, in which he will assist the President in the coordination and supervision of Government and State functions.

Former Trans Nzoia Women rep candidate in the August 9 election Susan Nakhumicha Wafula was appointed Cabinet Secretary for Health to take over from Mutahi Kagwe who is exiting.

Former Budalangi MP Ababu Namwamba was appointed to take over from Amina Mohamed as the Cabinet Secretary for Youth Affairs and Sports.

The full list of appointed Cabinet Secretaries is as followed: