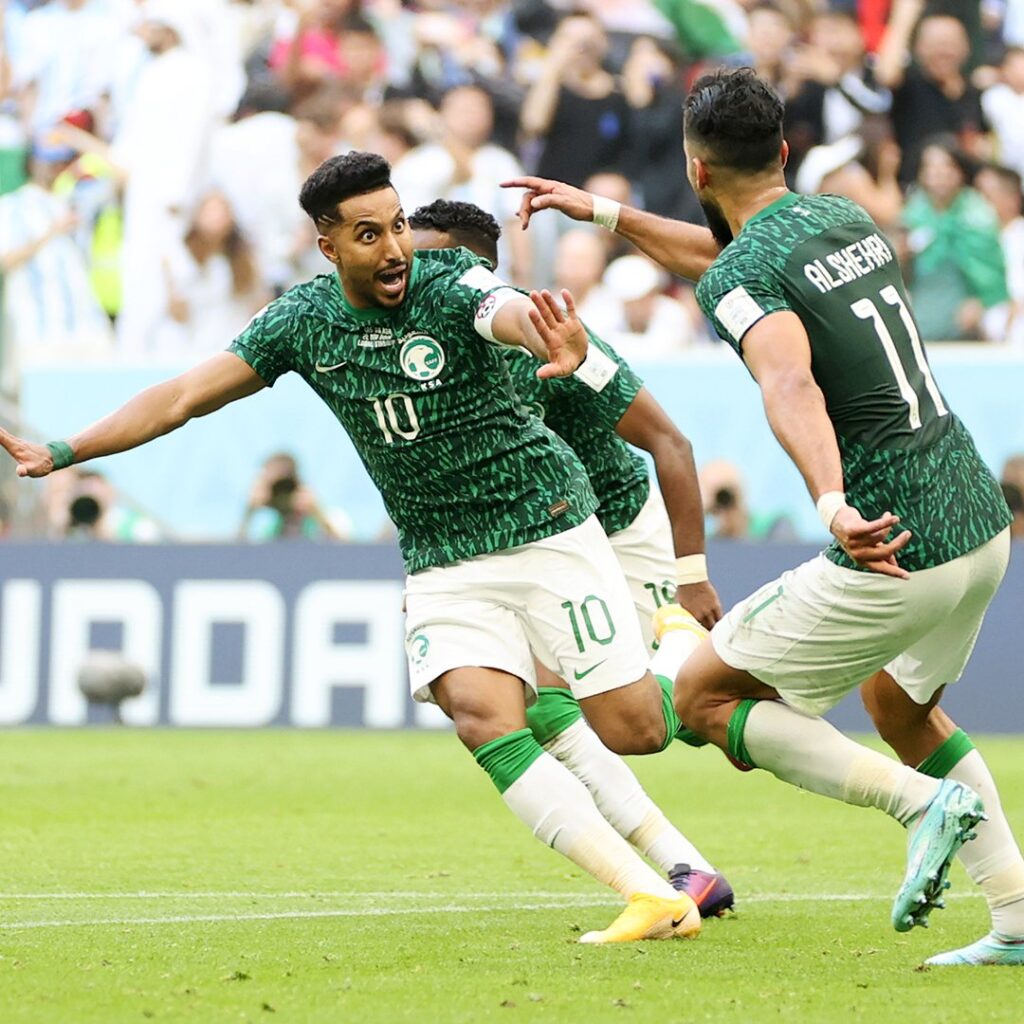 Saudi players all jubilant after scoring/Courtesy

Share this article
Argentina has suffered a bad beginning in the Qatar World Cup 2022.

Lionel Messi failed to come to the rescue of his ailing Argentina from a full-blown second-half campaign by Saudi Arabia in their first group stage encounter in the World Cup 2022.

Argentina was perhaps the team to watch as Messi scored the first match goal early at the 10th minute, but would falter for the rest of the chances he got with the flag going high up multiple times to signal offsides.

Three goals from Argentina were rejected.

The Arabs came pumped up in the second-half, with Saleh Alshehri reviving their confidence after putting in a goal as early at the 48th minute.

It was just the beginning of the Argentinian predicament before Salem Aldawsari put the desert warriors abreast with a second goal at the 53rd minute.

Argentina’s attempts to salvage a point went futile with the Arabs put up a spirited fight to defend their hard-earned victory.